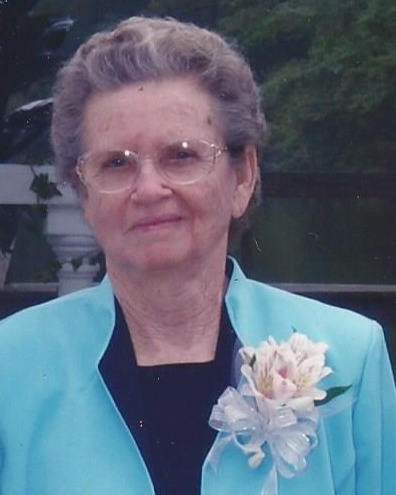 On Monday, December 26, 2022, Arler Vie Cameron peacefully entered Heaven and was, no doubt, happily reunited with her husband, Marvin, and her son, Joe. She was born on February 19, 1928, to Clyde and Mildred Kierce Harvey and was raised by Oscar and Mamie Poitevint after her mother died when she was five years old. Arler Vie was known to many as “Boll Weevil” (a nickname bestowed by her Daddy) or “Ms. Vie.” We called her “Momma” and “MaMa.” All people die, but not all people live. Boll Weevil lived! She could spend hours telling stories about her life -- and everybody else’s too. She married her sweetheart, Marvin Cameron, in 1944 when she was 16 years old, and they spent 61 years together before he passed away on Christmas Eve in 2005. (It is not lost on our family that she also left us at Christmas, although she waited until just after midnight because Christmas Day is a “national holiday.”) Vie loved Jesus, her family, children, thrift stores, and Fox News. Just a few days before she passed, we were trying to get her to eat something, so we asked, “What do you want?” Her response was, “I’ve got all I need right here” as she motioned her hand to everyone circled around her. That pretty much says all that needs to be said about the love she had for her family. She “adopted” so many kids over the years, we’ve lost count. If she ran across any child who needed some extra love,  attention, groceries, clothes, you name it, she made sure they had plenty. Over the years, she helped with homework, bought entire wardrobes, cooked everything in the fridge, and might have threatened a fight or two in the name of protecting her newly adopted child. Her love of shopping and finding a good deal led to her tiny-house being filled with thrift store treasures such as knickknacks, furniture, dishes, clothes, and medical supplies. On one especially good yard sale adventure, she came across a cane and walker that was “almost free.” Even though she didn’t need them at the time, they came home with her. Future planning at its finest! She kept her TV on Fox News, 24/7. She didn’t want to miss any “breaking news” or something that the rest of us might need to know about. She was an expert on U.S. politics so don’t even think about bringing up “O’Biden” unless you had a few hours to hear her side of things. On a serious note...the woman who loved life and taught us all to be generous and kind is now safely in the arms of Jesus. She will be missed as a mother, friend and grandmother. She will be deeply loved forever and will never be forgotten. She would want all of us to remember her with a smile rather than with tears. Vie leaves behind a sister and best friend, Earnestdean “Shortie” Carr. Few people in this world are privileged to have such a beloved sister. They had many adventures and good times over their 85+ years together. She is also survived by her children, Sue (David) Pollock, Kay (Larry) Scarborough, Steve Cameron and her grandchildren, Tammy (Steve) Brady, Angela (Ron) Williamson, Ginger Foster, Jenny Van Meter, Brandy Cameron, Jake Cameron, and Crystal (DJ) Chipman; her great-grandchildren: William, Michael, Chase, Ivie, Mason, Turner, Sarah, Corey, Peyton, Zane, Clara, and Wyatt; and her great-great-grandchildren, Watts, Yona, Luna, Claire, Jonavan, Jenson, Zane, and Rhett. She is preceded in death by her husband, Marvin Cameron; her son, Joe Cameron; her sisters, Inez Harvey and Lorene Williams; her brothers, Melvin Harvey, Buddy Poitevint, and Horace Poitevint; and her grandsons, John Pollock and Chris Scarborough. Family and friends are invited to attend a memorial service at Union Grove Baptist Church on Tuesday, December 27 th at 4:00 p.m. (Visitation will be at 3:00 p.m. at the church.) In lieu of flowers, please make a gift in Vie’s name to St. Jude Children’s Hospital. (This will tickle her more than any flower arrangement or plant.) Pallbearers will be: Steve Cameron, Chase McVay, Mason Farmer, Turner Van Meter, Zane Van Meter, Billy Harvey, Anthony Coker, and Phillip Pollock. Honorary Pallbearers are: Phil Carr, Duane Harvey, Randy Harvey, Dean Blackburn, Steve Brady, and Carlos Cameron.

To order memorial trees or send flowers to the family in memory of Arler Vie Cameron, please visit our flower store.