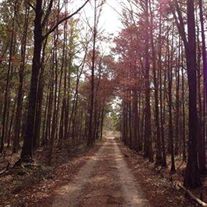 Mr. Bobby Joe Hatfield Sr, 74, of Pelham passed away Wednesday, September 2, 2015 at his residence. A Memorial service will be held on Saturday, September 12, 2015 at 4:00PM at Pelham Parkway Nursing Home. Born March 27, 1941 he was the son of the late Floyd Hatfield and Ceatrice Gillispie. He was a retired master welder for Cleaver-Brooks. He was married to Sharon Hatfield who survives. He is survived by six children from his former wife and two stepchildren, ex-wife, Corena B. Hatfield; a sister and brother-in-law, Jerrie and Earl Burgess, sister-in-law and brother-in-law, Carlene and Frank Barbee; a brother-in-law, Daniel Bloodsworth; 10 grandchildren and 2 great grandchildren and a first Cousin Ann and Wayne Curles. He was preceded in death by his parents, a brother, Frank Hatfield, a son, Daron Hatfield and many others. Memorial contributions may be made to the Pelham Parkway Nursing Home, Union Grove Baptist Church or the American Cancer Society. The family would like to thank everyone for everything you have done during this difficult time. At the request of Mr. Hatfield he was cremated and a service will be announced at a later date. Willis-Jamerson-Braswell Funeral Home, Pelham

To order memorial trees or send flowers to the family in memory of Bobby Joe Hatfield Sr, please visit our flower store.
Send a Sympathy Card