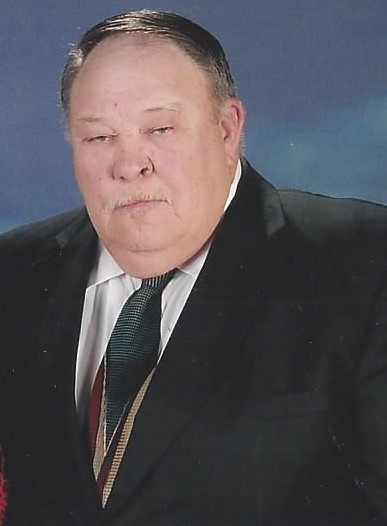 Earl A. Beasley (always known as Tony), 76,  of 2314 Cumberland Road, Pelham, GA, Passed away on May 26, 2021 at home surrounded by his family.  Funeral services will be held at Willis Jamerson Braswell Funeral Home on Saturday, June 5, 2021.  Visitation will begin at 11:30 followed by the funeral at 12:30.  Tony was born on August 29, 1943.  He was the son of the late Edwin and Inez Beasley.  He graduated from Pelham High School in 1962.  Soon after he joined the U. S. Navy where he became a radioman.  he served on the USS Orleck DD886 during the Vietnam Era.  In 1967 he was discharged holding his rate as an E-5 Radioman.  He held a National Defense Service Medal, Vietnam Campaign Medal and an Armed Forces Expeditionary Medal (Vietnam).  After his discharge he followed his much loved brother-in-law, Billy Davis, into linework.  For the next 40 years he worked as a lineman, retiring as a foreman.  On August 29, 1975 he married Janice Powell Beasley who became the love of his life.  They were married 46 years.  Survivors include his wife, Janice; nephew Mark Davis (Anne); nieces, DeAnna Holland (Buddy Mullis); Tanya Johnson (Scott); great nephews, Stephen Davis, Cody Sheperd, Tyler Sheperd (Brooke) and Dylan Sheperd; great nieces Caitlin Milroy ( Mike) and five great great nephews and nieces in addition to Cal Beasley (Brittney) and children, Leslie McDowell (Justin) and children; Nic Johnson and Tori Johnson and beloved pet Max. He was preceded in death by his parents, a brother, Joseph Edwin Beasley and sister, Priscilla Marie Davis Cox. Donations in lieu of flowers may be  made to Mitchell County Food Bank or any charity of your choice. Willis-Jamerson-Braswell Funeral Home, Pelham

To order memorial trees or send flowers to the family in memory of Earl (Tony) Beasley, please visit our flower store.