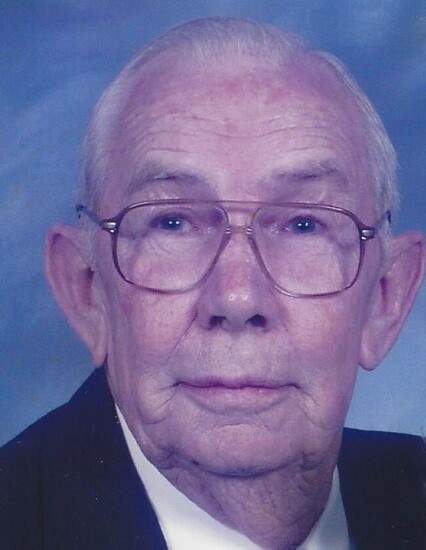 Graveside services for  Elton E. (Gene) Hurst, 88, of Ochlocknee will be Tuesday, August 4, 2020 at 10:00AM at Macedonia Baptist Church Cemetery. Rev. Marvin Snipes and Rev. David Pickering will officiate. Pallbearers will be Buddy Osborne, Ronald Palmer, Donald Palmer, Trey Ansley, Walt Lewis and Joey Brinkley. Born December 11, 1931 in Thomas County he was the son of the late Richard and Annie Belle Lindsey Hurst. Mr. Hurst passed away Saturday, August 1, 2020 at Bainbridge Health and Rehab. He was a member of Macedonia Baptist Church where he was a deacon, a faithful servant to his lord and Sunday School teacher, retired from Bellsouth and served in the United States Air force as air police and color guard. He is survived by his daughter, Donna Hurst of Americus; son, Elton E. Hurst, Jr of Ochlocknee; two sisters, Rosaline Gibson of Louisville, KY and Betty Brown of Villa Rica; and a special friend Pauline Harrell. He was preceded in death by his parents, his wife, Mollie Lucille Ward Hurst, and two sisters, Jewell White and Annette Sergeant. Willis-Jamerson-Braswell Funeral Home

Services will be live streamed on Willis-Jamerson-Braswell Facebook page for those who can not attend.

To order memorial trees or send flowers to the family in memory of Elton (Gene) Hurst, Sr., please visit our flower store.