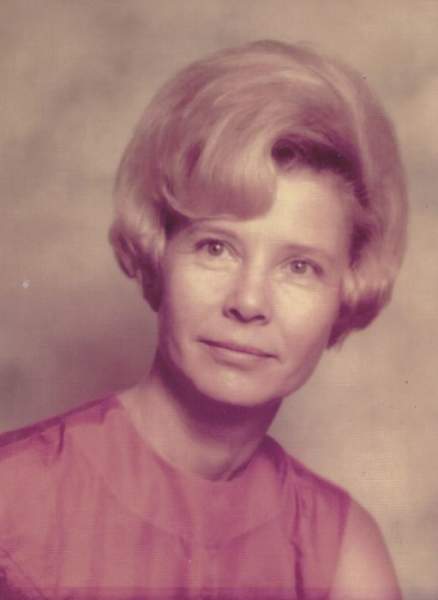 Frances Pollock Warren, 85, entered into the presence of her Lord and Savior at Pelham Parkway Nursing Home on May 31, 2019. Born on February 14, 1934 in Pelham, Georgia, she was the daughter of the late Charlie Emerson and Delma Corbin Pollock. She was married to the late Curtis Calvary Warren. Living her whole life with a servant’s heart, she was active in her church and in the community. She was an active member of Union Grove Baptist Church where she served in many capacities such as Sunday School teacher, Vacation Bible School Director and teacher, the Homecoming Committee, and WMU Director. Having traveled throughout the world with her husband (United States Air Force), she served in many capacities such as volunteering with the American Red Cross, the Boy Scouts of America, the Pelham Better Hometown Committee, the Pelham Country Jamboree, and Pelham High School Class of 1950 Class Reunions. She was employed as a supervisor and retired from Goody’s Manufacturing in Pelham. In addition to her service in church and in the community, she also had many gifts and talents that she shared. She was a seamstress, loved gardening, and cooking.  She adored traveling with her husband and children, as well as with her siblings over the years, especially the trips she shared with her sisters.  She was preceded in death by her parents, her husband of 61 years, and three brothers Lamar Pollock (the late Carleen), Sam Pollock (Dorothy), and Phillip Pollock. She is survived by four sisters; Opal Wright (David) of Sharon, Pennsylvania; Gloria Anderson (Glenwood), of Pelham, Georgia; Janice (Tad) Williamson, of Pelham, Georgia; and Charlotte White, of Pelham, Georgia. She was the mother of seven surviving children, Marion Harper (Chip), of Hopeful, Georgia; Daryl Warren (Gerald), of Pelham, Georgia; Farrell Warren (Bonnie), of Bainbridge, Georgia; Richard Warren (Susan), of Havana, Florida; Jeannie Bush, of Pelham, Georgia; Gary Warren, of Cashiers, North Carolina; and Edward Warren, of Pelham, Georgia. She is also survived by eleven grandchildren and ten great grandchildren.  Funeral services will be held on Thursday, June 6, 2019 at 11:00AM at Union Grove Baptist Church. Ministers for the service will be Doug Hall, Les Pollock, and Steve Wooten. The family will receive friends on Wednesday, June 5, 2019 from 6:00-8:00PM at the funeral home. Serving as pallbearers will be her grandsons; Eric Harper, of Austin, Texas; David Warren, of Pelham, Georgia; Chris Warren, of Pelham, Georgia; Bradley Warren, of Bainbridge, Georgia; Brian Bush, of Valdosta, Georgia; and Jarrett Warren, of Franklin, North Carolina. Contributions may be made to the Union Grove Building or Music Fund or to Parkinson’s Research, (Donation Processing, the Michael J. Fox Foundation, P.O. Box 5014, Hagerstown, Maryland 21741-5014). She left a beautiful legacy of kind acts that touched many lives. The family is grateful to Pelham Parkway Nursing Home and to friends for the acts of love shown during the loss of their mother, sister, grandmother, and great grandmother.  Willis-Jamerson-Braswell Funeral Home, Pelham

To order memorial trees or send flowers to the family in memory of Frances Warren, please visit our flower store.