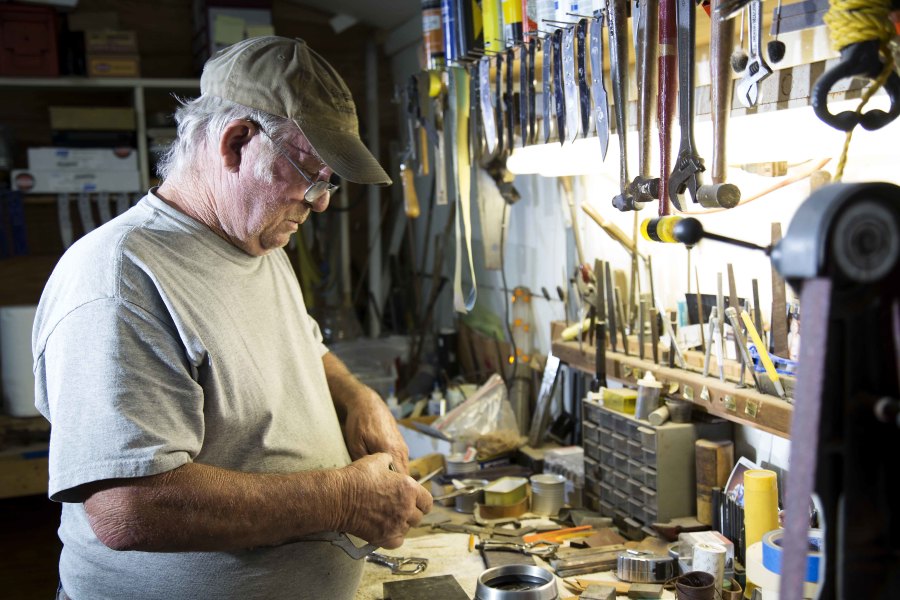 Fred Gardner Williamson Jr. of Cotton, Georgia passed away after a brief illness, on Sunday, June 24, 2018, at the age of 73 years.  He was the son of the late Gardner Williamson Sr. and the late Sallie Williamson. Mr. Williamson was born in Albany, Georgia where he lived until joining the United States Navy. He served on the USS Ranger during the Vietnam War. Upon leaving service, he returned to Albany where he met his wife and best friend Linda Hickey Williamson. The two soon married and moved to Cotton where they raised two sons.  He was a Christian and a member of Midway Baptist Church. After retiring from Waverly Mineral Products, he started his own small farm and made handmade knives.  He loved his life, and he loved his family. He once said that the only change that he would have made would be stealing his wife away from her father earlier.  Mr. Williamson will be lovingly remembered by his wife of 49 years, Linda and their children, Dallas (Danielle) and Ron (Angela). He will also be fondly remembered by his five grandchildren, Tyler, Ivie, Mason, Josh, and Clara.  He was preceded in death by this mother, father, and a brother David Williamson. The family will receive visitors at Willis-Jamerson-Braswell funeral home the evening of June 26th between 6 and 8. Funeral services will be held at Midway Baptist Church, in Meigs at 10 am on June 27th. Willis-Jamerson-Braswell Funeral Home, Pelham

To order memorial trees or send flowers to the family in memory of Fred Gardner Williamson, Jr., please visit our flower store.