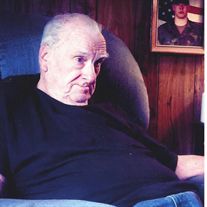 Mr. Henry Russell Cameron, 80, of Pelham passed away Sunday, August 31, 2014 at Archbold Memorial Hospital. Mr. Cameron was born June 12,1934 in Albany to the late Floyd Cameron and Lara Golden Cameron. He was married to Hilda Ann Holton Cameron who survives and a member of the Cotton Assembly. He was retired from Sunnyland. Survivors include his wife Hilda Ann Holton Cameron, a son and daughter-in-law, Henry and Jessica Cameron of Fort Knox, KY, a daughter and son-in-law, Lara Lynn Cameron and Rubicel Martinez of Pelham and a daughter and son-in-law, Donna Whitmier and Chuck of Gainesville, GA and 5 grandchildren. Funeral services will be held Wednesday, September 3, 2014 at 3:00PM in the chapel and interment will follow in Meigs Sunset Cemetery. The Rev. Arnold Buckner will officiate. The family will receive friends at the funeral home on Tuesday, September 2,2014 from 6:00-8:00PM. Pallbearers will be Ralph Burgess, Sam Fenn, Ralph Burgess, Sr. , Donnie Cranford, Neal Hilliard, Donnie Palmer. Willis-Jamerson-Braswell Funeral Home, Pelham

To order memorial trees or send flowers to the family in memory of Henry Russell Cameron, please visit our flower store.
Send a Sympathy Card