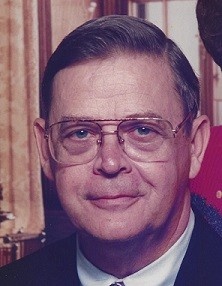 Funeral services for Jack Stanley Smith, 81, of Pelham will be held Sunday, November 26, 2017 at 2:00PM at Willis-Jamerson-Braswell Funeral Home. The Rev. Lowell Layman will officiate.  Honorary pallbearers will be the American Legion and Mark Harris, W.C. Kinard Chester Shelnut and Neadom Palmer. Born December 21, 1935 in Sale City, Ga he was the son of the late Jesse Daniel and Hattie Miller Smith. Mr. Smith passed away Thursday, November 23, 2017 at his residence. He was married for 58 years to Irma Jean Simmons Smith who survives. He was retired from the Air Force and Pelham City Board of Education. He was a member of the American Legion and attended Hand Memorial United Methodist Church. Jack was raised in Pelham and attended Pelham City Schools until he left school prior to graduation in order to join the United States Air Force. He faithfully served his country for twenty years and during this time he attended the University of Hawaii, the University of Maryland and received a degree in business administration from Texas Lutheran College. Upon retirement from the Airforce, Jack and his family returned home to Pelham where he accepted teaching position with the Pelham City School System. He later served as principal of Pelham High School, headmaster of Ravenwood Academy and retired as superintendent of the Pelham City School System. One of the greatest honors bestowed upon him was being awarded an honorary high school diploma from Pelham High School upon his retirement. Upon his retirement Jack continued to serve his country and community by being a member of the American Legion Post and by also serving a term on the Pelham Board of Education. He also attended countless sporting events, concerts and school functions to support each of his seven grandchildren. Survivors other than his wife include two sons, Stanley Michael Smith (Mari) of Tifton; Alan Derek Smith (Suzanne) of Tifton and a daughter, Suzy Smith Adams (Scott) of Camilla; and Grandchildren, Hank and Eryn Smith Thacker, Adam and Sabrina Smith, Jessie and Jami Adams, Abby, Nick and Noah Smith. Mr. Smith was preceded in death by his parents, sisters, Laurie Smith Harris, Nelle Smith Rackley, Betty Ruth Smith, brothers, George Smith, Robert Smith, and Lawrence Smith. In Lieu of flowers the family requests that donations be made to Hospice of Southwest Georgia or Hand Memorial Methodist Church. The family will receive friends immediately after the service at the funeral home. Friends may sign the online guestbook at www.willisjamesronbraswell.com  Willis-Jamerson-Braswell Funeral Home. Pelham

To order memorial trees or send flowers to the family in memory of Jack Smith, please visit our flower store.