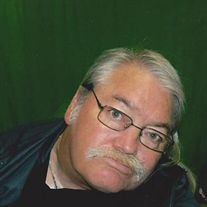 Graveside services for James Kenneth Knight, 66, of Dalton formally of Pelham will be held Sunday, April 26, 2015 at 2:00PM at Pinecrest Memory Gardens. The Rev. Herman Hampton will officiate. Born February 23, 1949 in Albany he was the son of the late James Knight and Ada Jewell Martin. He worked in Telephone Marketing and was married for 10 years to Cathy Fuller who also preceded him in death. Survivors include his brothers and sisters, David Knight, Joyce Luckey, Faye Hulett, Patricia Minton, Sally Bristol, Ann Bradford, Melissa Stephens and Stephanie Hambrick and several nieces and nephews. He was preceded in death by a brother, Jimmy Knight. The family will receive friends on Sunday from 1-2PM at the funeral Home. Willis-Jamerson-Braswell Funeral Home, Pelham.

To order memorial trees or send flowers to the family in memory of James Kenneth Knight, please visit our flower store.