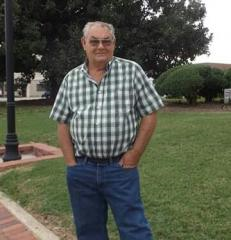 James Kelly Austin (Pete), 69, of Pelham passed away Friday, February 22, 2019 at Archbold Memorial Hospital. Funeral services will be held Tuesday, February 26, 2019 at 2:00PM at Pelham First Baptist Church. The Rev. David Pickering will officiate. Born May 1, 1949 in Troy, AL he was the son of the late George Curry and Mattie Lorrene Kelly Austin. He was married for 51 years to Venette Sadler Austin who survives. Other survivors include a son, Michael Austin (Lisa) of Pelham; daughter, Angela Boak (Mark) of Pelham; granddaughters, Amber Jones (Jay-Lovic) of Pelham; Courtney Austin of Pelham; Kayla Austin of Pelham; grandson, Jamie Boak of Pelham and two sisters, Shirley Barron and Trudy Tillery both of Troy, AL. He was preceded in death by his parents and a son, Kelly Wayne Austin. The family will receive friends at Pelham First Baptist Church on Tuesday from 12:00-2:00PM. Friends may sign the online guestbook at www.willisjamersonbraswell.com Willis-Jamerson-Braswell Funeral Home, Pelham

To order memorial trees or send flowers to the family in memory of James (Pete) Austin, please visit our flower store.