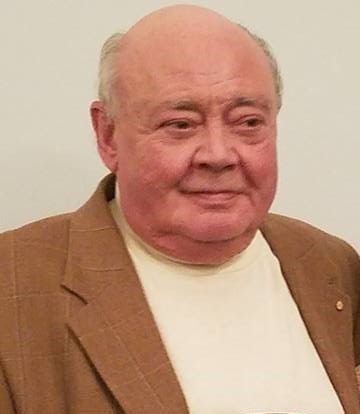 Services for James Brooks Tennyson (Dr. T) 76, of Pelham will be held Wednesday, September 12, 2018 at 3:00pm at Willis-Jamerson-Braswell Funeral Home. Ronnie Morrell will officiate.  Honorary pallbearers will be the class of 1960.Born May 19, 1942 in Pelham he was the son of the late Donohue and Evelyn Brooks Tennyson. Mr. Tennyson passed away September 9, 2018 at Archbold Memorial Hospital. He was the Founder of Dr. T’s Nature Products and was founding member of the Pelham Hornet Touchdown club. He was married to Kathy Carroll Tennyson of Pelham who survives. Other survivors include his sons, James Brooks Tennyson, Jr.  of Moultrie; Lee Tennyson (Jessica) of Bainbridge; daughter Melinda Knight of Cotton; a brother Don Tennyson (Sandra) of Barnesville; a sister, Salley Tennyson Bowen of Valdosta; grandchildren, Salem Tennyson, Seth Jones, Sam Jones and Madison Knight, Numerous Nieces and Nephews and Cousins and a special little boy KoKo. The family will receive friends at the funeral home on Tuesday, September 11, 2018 from 6:00-8:00PM. Willis-Jamerson-Braswell Funeral Home, Pelham

To order memorial trees or send flowers to the family in memory of James Tennyson, please visit our flower store.