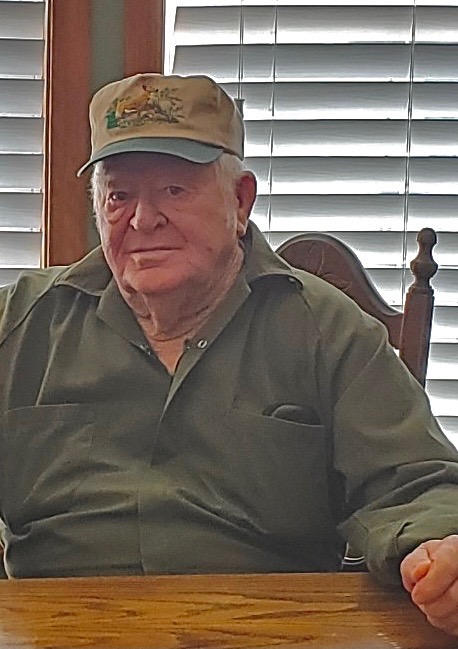 Funeral services for Jerone Clemons Salter, 81, of Pelham will be held Wednesday, April 14, 2021 at 11:00AM at 753 Baypole Road Pelham. Rev. Nathan Fowler will officiate. Pallbearers will be Ken Godwin, Bo Faircloth, Marty Butler, Bert Godwin, Phillip Pollock and Marty West. Born February 18, 1940 he was the son of the late Marvin and Ernestine Smith Godwin. Mr. Salter passed away Sunday, April 11, 2021 at Archbold Memorial Hospital. He was married  49 years to Darah Ferrell Salter of Pelham who survives. He was a member of Mt Vernon Baptist Church and a retired machine operator with Shirahland Plantation. Farming ran through his veins and was his topic of conversation. He was one of the best dirt movers and land clearers with his bulldozer. He had a special love for the smell of dirt. He had a special singing talent that he never put to use. He also had a love for the Atlanta Braves except when they lost. His family, children, grandchildren, and great grandchildren also had a special place in his heart. He also enjoyed his "sidekick" his grandson Trenton riding with him everywhere and on the tractor, fishing, and hunting. Mr. Salter was blessed to have two of his great grandchildren living right behind him. Easton and Salter was the light of his eyes everyday and was always missing them when they was not around. Survivors other that his wife are his children, Stacy Salter Carter (Dan) of Pelham; Melony Salter Gantter (Scott) of Gaffney, SC; sons, Jerry Salter (Tammy) of Thomasville; Jamie Salter of Pelham; Mike Salter of Pelzer, SC; grandchildren, Trenton Carter ( Allie) of Pelham; Jessica Salter Westmoreland (Joey) of Dalton; Talore Salter McLendon (Chris) of Thomasville; Kendall Salter of Valdosta; Baylee Salter of Dahlonega; Lee Sigmon (Erin) of Waxhaw, NC; Dustin Sigmon (Sophia) of Charlotte NC, Kirby Salter (Kathy) of San Clemente, CA; Obey Salter (Melissa) of Moultrie; Kerry Salter Boyett (Heath)  of  Pelham; Fourteen Great Grandchildren and siblings, Ann Faircloth (Billy) of Pelham', Vivian West (Roger)  of Pelham; Janice Thomas (Gene) of Whigham. He was preceded in death by his parents, and brother Bruce Godwin and a nephew Lee Godwin. The family will receive friends an hour prior to the funeral. Willis-Jamerson-Braswell Funeral Home, Pelham

To order memorial trees or send flowers to the family in memory of Jerone Clemons Salter, Sr. (Buck), please visit our flower store.