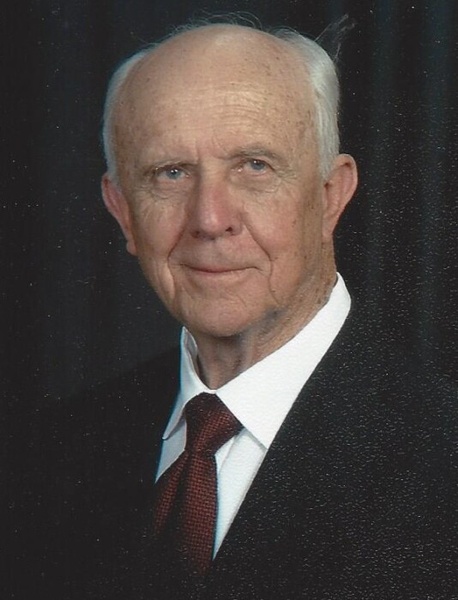 A native of Mitchell County, Georgia, John Leonard Eubanks, 95, passed away Friday, July 23, 2021, at Archbold Medical Center in Thomasville, Georgia. He was the son of the late John Legett Eubanks and the late Mary Palmer Eubanks. Leonard was born at the family home in eastern Mitchell County on December 14, 1925. He was preceded in death by his older brother, James Allen Eubanks; his older sister, Rubye Eubanks Brazel; his loving wife, Cornelia May Eubanks and his second son, Joseph Lebron Eubanks. Leonard is survived by his son, John D. Eubanks of Boston Massachusetts and his son, J. Keaton Eubanks with spouse, Tina M. Eubanks of Mitchell County.  He was a member of Hand Memorial United Methodist Church. Leonard founded J.L. Eubanks Pulpwood Co, Inc in 1952. His company participated in Georgia’s forestry industry until 2017. He is registered Forester number 94. Leonard was also active in many professional and civic organizations in Georgia.  He was laid to rest at Pinecrest Memory Gardens on Monday, July 26, 2021. Dr. Jimmy Clanton officiated the graveside services. Funeral arrangements were provided by Willis-Jamerson-Braswell Funeral Home, Pelham. The family wished to share a poem to honor Dad.

This man was a success, who has lived well, laughed often, who has filled his niche and accomplished his task, who leaves this world better than he found it, who has never lacked appreciation of earth’s beauty or failed to express it, who looked for the best in others and gave the best he had. A SUCCESSFUL MAN by Anderson Stanley.

To order memorial trees or send flowers to the family in memory of John Leonard Eubanks, please visit our flower store.