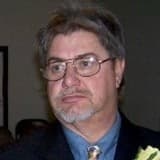 Funeral services for Joseph Emanuel Wilson, 64, of Baconton will be held Saturday. January 5, 2019 at 2:00PM at Putney Baptist Church. Pastor Danny Evans and Pastor Tim Bozeman will officiate and interment will be in Springhill Baptist Church Cemetery. Pallbearers will be Houston Cannon, Christopher Evans, John Cave, Joshua Baade, Freddie Wilson and David Blackwell. Honorary Pallbearers will be Ricky Wilkerson, Derrick Wilson, Don Blackwell and Steve Enfinger. Born April 16, 1954 in Camilla he was the son of the late J.B. and Arrie Bell Williams Wilson. Mr. Wilson passed away Saturday, December 29, 2018 at Phoebe Putney Memorial Hospital. He was a member of Putney Baptist Church and retired from the Georgia Department of Transportation after 30 years, He decided to come home to do things he wanted to get caught up on and spend time with his family, but his health did not allow that to happen. He is survived by his wife of 41 years Pamela Wilson of Baconton, two sons, Aaron J. Wilson ( Lynn) of Baconton; Justin R. Wilson (Fiance' Debi and Children) of Baconton; two grandsons, Justin R. and Zachery D. Wilson; a special young man he called son, Richard Grant (Brittany) and their children he loved dearly, two sisters, Delma W. Paulk (Herbert) of Perry, Fl; and Judi H. Washington (James) of Sale City and numerous nieces and nephews and other family and friends he loved so much. He was preceded in death by his parents, brothers, Roosevelt David, Bobby Gene (Tater) and Wildon (Whip) Wilson. The family will receive friends at Putney Baptist Church on Friday, January 4, 2019 from 6:00-8:00PM. Friends may sign the online guestbook at www.willisjamersonbraswell.com  Willis-Jamerson-Braswell Funeral Home, Pelham

To order memorial trees or send flowers to the family in memory of Joseph Emanuel Wilson, please visit our flower store.