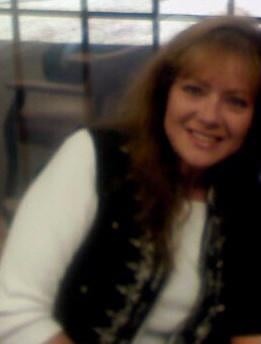 Kandace Elizabeth (Cox) Marshall, 55, of Albany passed away Tuesday, June 22, 2021 at Phoebe Putney Memorial Hospital. Born August 13, 1965 in Americus she was the daughter of the late "WG" William George Cox III of Americus and Charlotte Jean Warren Cox of Meigs, and was later blessed by a step-mother, Priscilla Marie Beasley Davis Cox of Pelham. She was preceded in death by her parents, paternal grandparents, WD Cox, Jr. and Doris Brooks Cox Poulos, maternal grandparents, Ottis and Lilly Warren and a brother Stanley Ray Cox. She is survived by her daughter, Kristen Hulse Marshall; grandchiildren, Kendall Marie Gay, Kobie Grace Marshall Cook and Addy Reigh Cook all of Leesberg, tow step sisters, Tanya Davis Johnson and Deanna Davis Holland and step brother, Mark Davis, nephews, Dakota Ray Cox, Stephen Davis, Cody Sheperd, Tyler Sheperd, Dylan Sheperd, and niece, Caitlin Davis Milroy. Kandace graduated from Pelham High School in 1983, where she was infamously know as the school mascot. After graduating she married the love of her life Michael Hulse and they had their only daughter Kristen in 1988. Kandace later attended Darton College and became a Registered Nurse where she quickly realized her heart was to sensitive to take care of sick patients, she returned to school and obtained a business degree and opened her own very successful cleaning service. She later decided to become a stay at home mom to be with her children until they left home. She then started to work in insurance along side her mentor, Joanne Hawkins, who she felt was like a mother to her. Funeral services will be held on Saturday, July 31, 2021 at 2:00PM at Willis-Jamerson-Braswell Funeral Home. Her first cousin Jack Pate will officiate and her childhood friend Tscharena Morrell Damrowe will sing and interment will follow in Meigs Sunset Cemetery where she will be laid to rest by her brother, Stanley Cox, and grandparents and two aunts. Kandace was an exceptional, fun, free spirited woman and will be missed greatly, will not ever be forgotten by those who knew her. She was a great mother, grandmother, daughter, sister, wife, granddaughter, friend, classmate and the world will not be the same without her sense of humor, but she will always be remembered. She is now reunited with her family in Heaven and her battles and suffering are finally over. Willis-Jamerson-Braswell Funeral Home, Pelham

To order memorial trees or send flowers to the family in memory of Kandace Elizabeth Marshall, please visit our flower store.