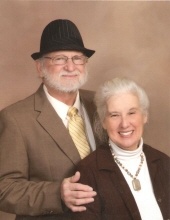 Mrs. Oleta Cone Dekle, age 71 of Swift Street, Toccoa passed away Tuesday, February 26, 2019 at her home. A daughter of the late Wesley Carroll Cone and Helen McMillon Cone, she was born November 15, 1947 in Thomasville, Georgia, having lived in Grady County for most of her life and in Toccoa since 1993. She was a 1965 graduate of Cairo High School, Cairo, Georgia. On May 31, 1968, she married Ashley Dekle who survives her. After raising her family, she attended Toccoa Falls College where she graduated Cum Laude in 1997. She and her husband operated Dekle Appliances in Toccoa for many years. She was a member of the First Baptist Church Toccoa and a longtime member of the Springhill Christian Church near Ochlocknee, Georgia. She was a member of the Toccoa Kiwanis Club and participated many years with the Currahee Artists Guild winning a number of awards for her arts and crafts.
Survivors include her husband, Ashley Dekle; daughter and son-in-law, Landis and David Hicks of Cornelia, Georgia; son, Matthew Dekle of Taos, New Mexico; she was Nana to grandchildren, Lainie and Blake Hoelscher of Temple, Texas, Matthew Hicks, Dawson Hicks, Weslyn Hicks and Jacob Hicks of Cornelia, Georgia; sister, Jennifer Cone of Grady County, Georgia; brothers-in-law, Dr. Andrew Dekle of Cairo, Georgia, Patrick Dekle of Pelham, Georgia, Michael (Patsy) Dekle of Moultrie, Georgia, Cary Dekle of Bainbridge, Georgia; sister-in-law, Jeri (Kevin) Couch of Calhoun, Georgia; a number of cousins, nieces, nephews and friends all of whom she loved dearly. Funeral services will be Saturday, March 2, 2019, 2 PM. at Springhill Christian Church, Ochlocknee, Georgia with The Reverend Robert Crapps, The Reverend Wayne McDonald and The Reverend Harold Thomas officiating. The following gentlemen will serve as pallbearers, David Hicks, Matthew Hicks, Dawson Hicks, Van Dowdy, Travis Dekle and Von Cox. The family will receive friends at the Springhill Christian Church, Ochlocknee, Georgia from 1 p.m. until the service time. Interment will follow in the Springhill Christian Church Cemetery.

To order memorial trees or send flowers to the family in memory of Oleta Dekle, please visit our flower store.
Send a Sympathy Card