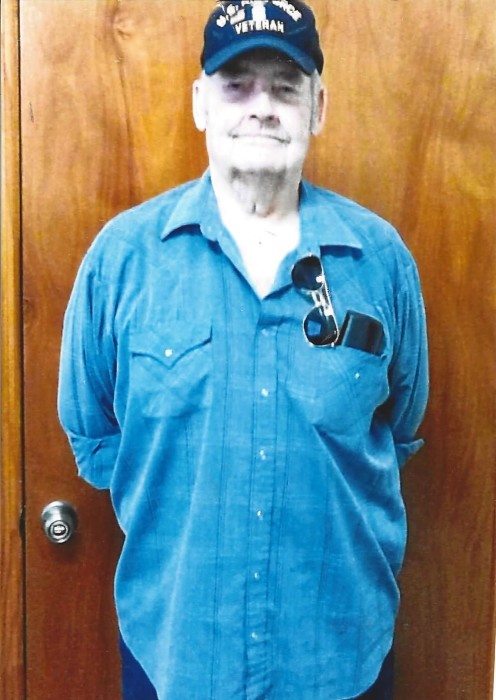 Funeral services for Steve Edward Odom, 74, of Pelham will be Saturday, August 6, 2016 at 4:00PM at Willis-Jamerson-Braswell Funeral Home. Rev. Stacy West will officiate and interment will be in Meigs Sunset Cemetery with military honors. Pallbearers will be Earl West, Bunky Williams, Gary Boley, Jeffrey West, John Blackburn and Jim Barrett.  Mr. Odom passed away Thursday, August 4, 2016 at his residence. Born in Donalsonville January 17, 1942 he was the son of the late Charlie and Bertha Lee Broxton Odom. He was a retired mechanic with the city of Camilla and served in the Air Force. He was married for 45 years to Mary Frances Barfield of Pelham who survives. Other survivors include his daughter, SaDonna Barfield Williams (David) of Pelham; a son Steven Christopher Odom of Pelham; grandchildren, Steven Blake Barfield (Roberta) of Meigs; Christian Blade Odom of Pelham; Great Grandchildren, Lucas Barfield, Sophia Barfield and Preston Lock all of Meigs; a step-mother, Linda Odom of Meigs; brother, Charlie Odom, Jr. (Reatha) of Moultrie; sisters, Wylene Montgomery of Meigs; Alice Barrett of Pelham; Bertha Hurst of Meigs; Shirley Levins of Mobile, Al; and Lizzie Bell Spence (Eschol) of Ochlocknee and two step brothers, Ronnie Odom of Thomasville and Cecil Odom of Iron City. He was preceded in death by his parents, and a brother, Earl Odom. The family will receive friends on Saturday from 3:00-4:00PM at the funeral home. Willis-Jamerson-Braswell Funeral Home, Pelham

To order memorial trees or send flowers to the family in memory of Steve Odom, please visit our flower store.
Send a Sympathy Card