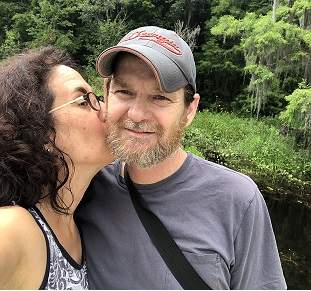 Graveside funeral services for Terry Wade Young, 51, of Metcalf will be held Friday, September 27, 2019 at 11:00AM at Pebble City Cemetery. The Rev. Jason Bennett will officiate. Mr. Young  passed away Tuesday, September 24, 2019 at his residence. Born May 23, 1968 in Albany he was the son of the late Virginia Lee Swain Young. He was a maintenance supervisor with Park Avenue Villas in Tallahassee. He was married to Aletha Dawn Young of Metcalf who survives. Other survivors include his children, Justin Lee Gainous (Katie); John Gainous (Brittany); Sherry Stephens; all of Cairo; Siara Starnes; Hannah Starnes and Ethan Starnes all of Tallahassee; eight grandchildren and five great grandchildren; three brothers, Steve Young (Wanda) of Thomasville; Russell Young (Tija) of Utah; and Melvin Young (Pam) of Lawrenceville; and one sister, Tina Byrd (Jerry) of Tallahassee and his father, Melvin Dennis Young, Sr. He was preceded in death by his mother, and step-father, Gary Young. If you would like to donate in Terry's Honor to CTCA cancer treatment centers of America, this is the link www.gatewaycr.org/. Friends may sign the online guestbook at www.willisjamersonbraswell.com Willis-Jamerson-Braswell Funeral Home, Pelham

To order memorial trees or send flowers to the family in memory of Terry Wade Young, please visit our flower store.