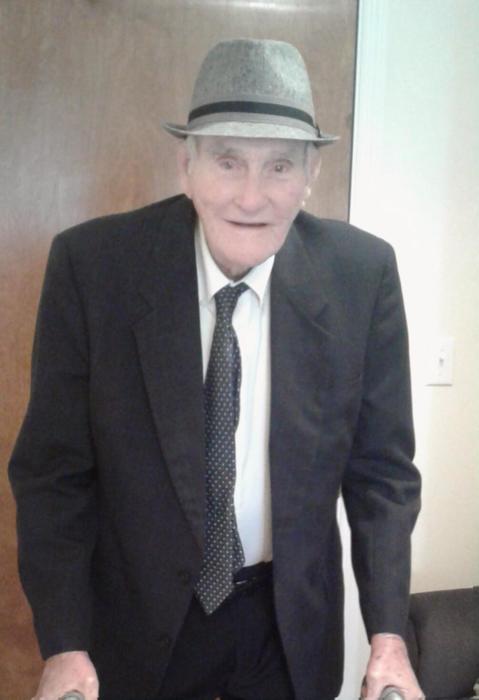 Funeral services for Thomas Henry (T.H.) Wiggins, Sr. 95, of Pelham will be held Wednesday, January 3, 2018 at 11:00AM at Willis-Jamerson-Braswell Funeral Home. The Elder Walter Todd and Elder Jimmy Smith will officiate and interment will be in Springhill Christian Church Cemetery. Pallbearers will be Tim Wiggins, Josh Wiggins, Zeb Wiggins, Matthew Lee, Dylan Atkinson, Jonah Adams, Robert Beasley and Billy Shipley. Born in Grady County October 7, 1922 he was the son of the late Luther and Dollie Palmer Wiggins. He was married to Hannah Cone Wiggins who preceded him in death. Mr. Wiggins passed away Sunday, December 31, 2017 at Savannah Court in Camilla. He was the owner of Wiggins Trucking. He is survived by his sons, Brim Wiggins (Jan) of Doerun; Ricky Wiggins (Janet) of Pelham; and three daughters, Pennie Daniels (Randy) of Pelham; Jenifer Lee (Stan) of Young Harris, GA; and Kem Atkinson of Pelham; a sister, Geraldine Shipley of Albany; and numerous Grandchildren, Great Grandchildren and Great-Great Grandchildren. He was preceded in death by his parents, his wife, a son Tommy Wiggins, and a sister, Jewell Scott. The family will receive friend at the funeral home on Tuesday, January 2, 2018 from 6:00-8:00PM. Friends may sign the online guestbook at www.willisjamersonbraswell.com Willis-Jamerson-Braswell Funeral Home, Pelham

To order memorial trees or send flowers to the family in memory of Thomas T.H. Wiggins, please visit our flower store.