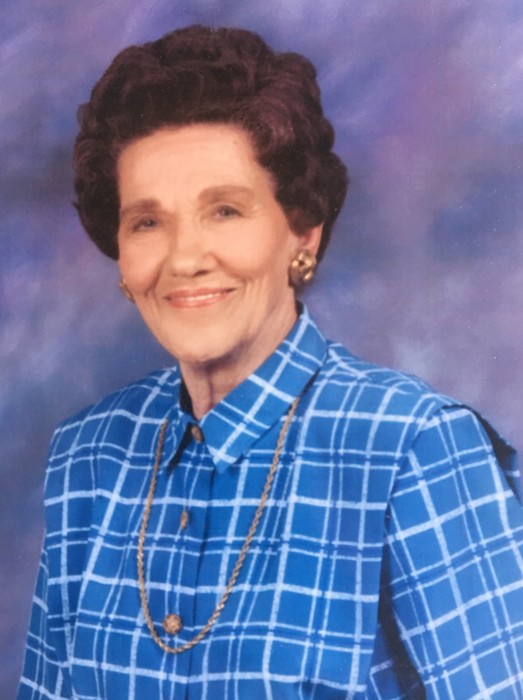 Virginia Touchstone, 94, of Pelham, GA, died February 6, at Archbold Hospital in Thomasville, GA.  She was born February 13, 1923 in Florida, the daughter of Bethuel (Bradford) and Wiley Lafayette Cliett.  She graduated from Pelham High School in 1941 and married Benjamin Touchstone in 1948.  Virginia and Ben settled in Pelham adding to the farmhouse in which she grew up, sharing their lives with her mother, Beth Cliett.  Ben and Virginia were very involved with friends and their families in Pelham and Thomasville, but they also enjoyed heading out of town on extended trips around the country.  Virginia had a lifelong interest with birds.  She setup and maintained a bird sanctuary next to her home which could be viewed through a picture window in her bedroom.  She always kept up with all the species of birds that would come and go each season, and she wasn’t shy with raising the baby birds if their nests were disturbed.  She was vigilant at maintaining a squirrel free perimeter around her sanctuary enforcing the area with her 410 from her bathroom window.  Virginia was widowed after 25 years of marriage, but was blessed by her mother’s long life, who reached the age of 100.  Virginia was preceded in death by her mother, her husband, her sisters Mary Lynn Cliett and Linda Powell and her brother-in-law, Charles Powell.  She is survived by her niece Alison (Dave) Levine and nephew Brad (Kelly) Powell and several cousins. Funeral services will be held Saturday, February 10, 2018 at 11:00AM at Hand Memorial Methodist Church. Lowell Layman will officiate and interment will be in Pelham City Cemetery.

To order memorial trees or send flowers to the family in memory of Virginia Touchstone, please visit our flower store.