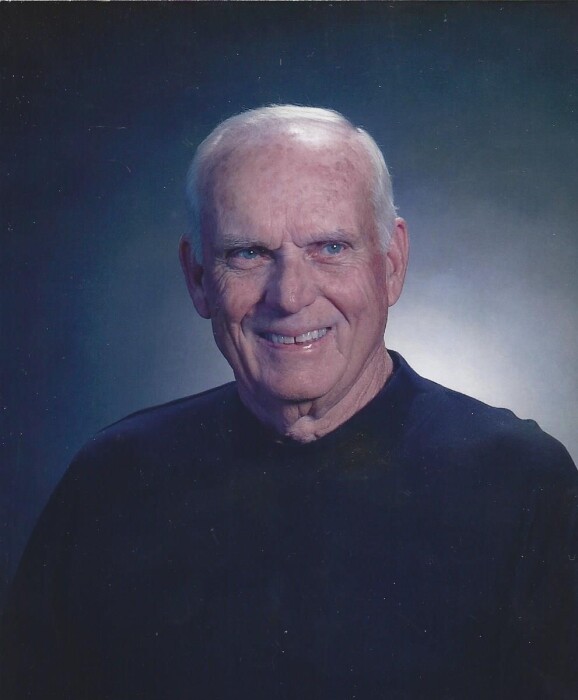 William (Bill) Edward King, Sr., of Pelham, GA passed away at Archbold Memorial Hospital on January 14, 2021, at the age of 89. Paw Paw, as he was called by everyone that loved him, was born in Early County, Georgia on August 18, 1931 to J.P. and Sallie Florence King. He was preceded in death by his mother and father, sister Francis Eason and brothers Rudolf and Oscar (Bud) King all of Thomasville, GA. Bill attended Thomasville High School and begin his service to his country through the U.S. Navy on the USS Hornet and the Valley Forge. In 1991, he retired from Coats and Clark as a plant engineer after 44 years of service. He was an active member of Pine Level Baptist Church and loved his church family. During his lifetime, he coached many little leagues baseball teams in Thomasville and Pelham, GA and could almost always be found in a fishing boat, with his Mona, or with his grandkids. Paw Paw’s kind, gentle, and loving spirit made him loved by everyone he met. He leaves to cherish his loving memory, his brothers Jerry D. King (Oakland, Iowa) and Jack King, (Broomfield, CO), his son Bill King, Jr. (Sarah), (Waukeenah, FL), his daughter Debra Tryan (Al), (Thomasville, GA), and his stepson Shane Brinson (Sarah) Albany, GA., his grandchildren Chris King, Holley Murphy, Trey Tryan, Mary Catherin Haymons, Shelby Brinson, Kell Brinson, Kody Brinson, Jake Brinson, and 6 great grandchildren. Funeral services for William Edward King, Sr. will be held Saturday, January 23, 2021 at 11 am at Pinecrest Memory Gardens, along with the services for his beloved wife, Ramona Hampton King. The viewing will take place at Pinecrest Memory Gardens prior to the Funeral at 10 am. Pallbearers will include Walter Brackin, Greg Clark, Ware Godwin, Marc Logue, Walter Godwin, Ricky Powe, James Davis, Larry Adams, Jerry Kennedy, and Carlos Cameron. In lieu of flowers the family ask to make donations to Pinelevel Baptist Church in honor of Bill and Ramona King. Social distancing and mask are preferred. Willis-Jamerson-Braswell Funeral Home, Pelham

Services will be live streamed for those unable to come to the service on Willis-Jamerson-Braswell Funeral Home facebook page.

To order memorial trees or send flowers to the family in memory of William (Bill) Edward King, Sr., please visit our flower store.