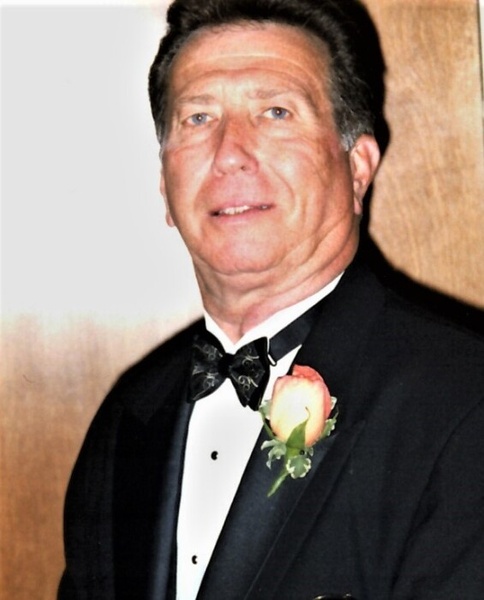 It is with heavy hearts that the family of William Rabun “Buddy” Miller mourn his passing on Tuesday, June 15, 2021. The son of William Henry Miller and Nancy Palmer Sealy, Buddy was born in Pelham, Ga. on November 15, 1943, the younger of two children. Buddy spent the early part of his life in Pelham, where he was proud to be a member of the Future Farmers of America. He experienced life throughout Georgia, Tennessee, Michigan, and Florida. Buddy’s love of people led him to a lifelong career in sales, beginning with Liberty Mutual Life & Casualty Insurance where he earned numerous sales awards. As a member of Orkin’s sales team for over 20 years, he received many awards as top salesperson and broke a sales record for landing Orkin’s largest commercial account nationally. Buddy retired from Orkin in 2000. He was the proud owner of Eradicator PC., a pest control company in which he started in Florida. Music lived in Buddy’s soul. He was a drummer, and his favorite genre was country. He gained many long-lasting friends and bandmates playing in many places, but his fondest memories were playing at the VFW Post 12002 in Alpharetta, Ga. and at the American Legion Post 250 in Middleburg, Fl., where he was a member. Buddy was also passionate about nature and the outdoors. He enjoyed fishing, quail hunting, and had fun training his bird dogs, especially Heidi, as he was always impressed with her intelligence. He loved to read and instilled in his children the importance of a good education. If one were to ask Buddy how to spell a word he would quickly respond, “look it up in the dictionary because if I tell you how you will not remember it, but if you look it up you will learn it”. Some of his proudest moments were when his children and grandchildren received diplomas from high schools and college. Buddy was known as Poppy to his grandchildren and great grandchildren, and he held a special place in his heart for them all. William Rabun “Buddy” Miller was preceded in death by his parents, his daughter Deborah Miller Byrd and son-in-law Don, as well as his grandson Erich Kilburn. Buddy is survived by his wife, Sherry G. Miller; daughter, Angela Oliver; son, Grant Miller; stepdaughter, Karen Smith (Wayne); stepdaughter, Kimberly Crews. He is survived by 11 grandchildren: Valerie Pierce and Roger Dale Lewis (Deborah); Michael Alexander Loden (Angela); Cheyenne Miller (Grant); Nayha Miller (Grant); Richard “Ricky” Kilburn, Brandon Kilburn, Joshua Kilburn, Jason Kilburn, Megan Cydrus (Karen); Kelly Crews (Kimberly) and 15 great grandchildren. He is also survived by his sister, Jo Ann Miller Harrison; niece, Lynn Butler; and nephews Owen Frederick and Palmer Rabun Butler.

To order memorial trees or send flowers to the family in memory of William Rabun Miller, please visit our flower store.